When looking for ways to market your law firm, make sure you don’t overlook how events happening within your own offices can create publicity in your local media. 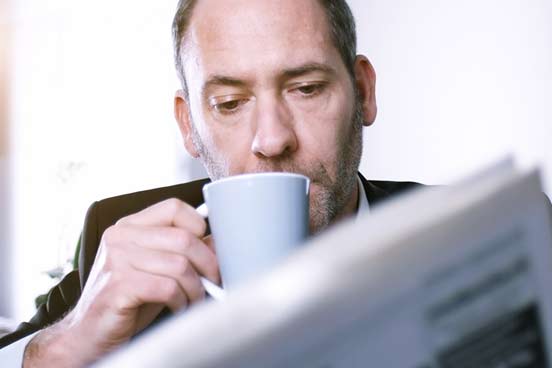 Even in a modest sized firm there is going to be something happening that will be of interest to the local paper. You will be pleasantly surprised at what good publicity you can get out of events within the firm. Not only that, but firms are often allowed to sing their own praises by describing themselves as leaders in their field and drawing attention to their particular expertise.

And what makes it even better, is that it’s all completely free.

Below are just a few examples of what is possible. We won’t publish the full articles for copyright reasons but please click on the links to see these firms get for free in major regional publications.

A boutique law firm specialising in the FinTech sector has expanded into Manchester attracted by the city’s strength in the technology scene. Manchester Evening News

The firm provides a good angle for the paper by talking about Manchester’s growing tech industry and in the process manages to let everyone know its own special skills advising “digital start-up companies on a fast track to growth”.

After a period of rapid expansion, Eric Robinson Solicitors has announced its move to new headquarters at Vanbrugh House within the Botleigh Grange Office Campus in Southampton. The Business Magazine

This firm is moving ofices. In between information about the change, it is is able to slip in promotional phrases such as describing itself as “one of the south’s leading independent law firms”.

There is nothing you from using news articles like this to market your law firm and put your name in front of thousands of potential clients.

The appointment of new staff provides another great opportunity to market your law firm for free. Take a look at these examples

Midlands law firm Shakespeare Martineau has promoted Brendan Walsh to head up its East Midlands real estate team. Brendan, who has been a partner in the firm for six years, will be supported by Louise Ingram and Peter Dilks, head of the teams in Colton Square, Leicester and Nottingham respectively. Leicester Mercury

If you click through and read the article in full, see that the firm gets a good showing including a photo with Mr Walsh. Given that one of the major objectives of marketing is simply to get your name in front of people, this is very helpful.

And remember, this is a news story, not paid for advertising and so has more credibility in the mind of the reader.

It gets better. Not only does the firm get valuable publicity, but Mr Walsh is described as an expert in his field.

Brendan is ranked as one of a handful of leading real estate lawyers in the region and the only one to be nominated for real estate individual of the year by leading legal directory, the Legal 500.

He is an expert in residential and commercial development, strategic land, student and senior living, and the private rental sector (PRS).

You could say the same in your advertising, but it won’t carry the same authority as it does in an independent news report.

Mr Walsh was appointed to head up his firm, but there’s also publicity to be had when you take on staff at the other end of the career path.

Again, the firm is allowed to emphasise its commitment to providing an “outstanding service”.

We are committed to giving our staff the support and professional development they need to provide our clients with a truly outstanding service.

Articles like these in independent, trusted publications can introduce you to new clients and reinforce your value in the minds of people who already know you.

Nottingham law firm Browne Jacobson has announced growth of nine per cent in its end of year results.

If business is going well, make sure your local media know about it. Success stories reflect well on you and give potential clients condidence that you would be a good firm to work with when they next need legal services.

Leading law firm Ward Hadaway has announced growth of more than 11% in the annual turnover of its Built Environment Team, totalling more than £12.8m in the financial year to end of April 2019. Newcastle Evening Chronicle

Notice how Ward Hadaway are described as ‘Leading law firm…’ The phrase is used so often in these kind of reports that it’s almost become a cliche. The reason is quite simple: when the media outlets cover these stories they want readers to believe they are important and worthy of attention. Describing the subject as a ‘leading law firm…’ helps to achieve this.

These are just a few examples of the kind of stories from within your own office that will help market your law firm in your local media. We’ll be highlighting many more ways over the coming weeks.

There is nothing unusual or special about these articles. They are typical of material being published every day in newspapers and magazines across the country.

All you need to do to get publicity like this is to write a press release and send it to your local media. There’s every chance they will use it exactly as you wrote it, including sentences in which you outline your services, as long as you don’t overdo it.

It won’t work every time, of course, but if you’re persistent you’ll find that many of your releases are used. As an added bonus, you’ll also start to develop a relationship with your local media outlets and they may turn to you for quotes on stories they generate themselves, giving you more opportunities to get your  name in front of potential clients without you even trying.

Use staff appointments to promote your law firm

Marketing your law firm when changing your office